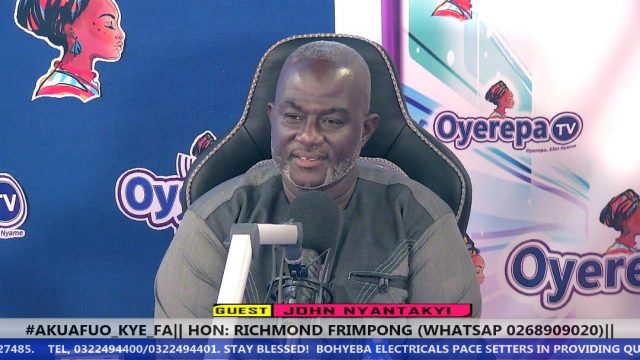 Poultry farmers in the country are threatening to demonstrate against the Minister of Food and Agriculture; Dr Owusu Afriyie Akoto for his failure to sustain the local poultry industry from slumping.

Mr John Kwadwo Nyantakyi, the Association’s chairman for Sekyere south district in the Ashanti region is livid at the Agric Minister’s posture and his total neglect of the poultry industry.

According to him, local poultry farmers have not benefitted from the Akufo led administration, hence their intended action.

Speaking on the “Akuafo Kye Fa” show over the weekend on Oyerepa 100.7 FM, he said the poultry industry is on the verge of collapse and they are giving the sector minister three weeks to rescue and revive it.

Failure on his part to deal with the situation will result in a series of demonstrations from members of the association.

He further revealed on the program that, the minister for Agriculture, together with the Minister for Trade and Industry; John Alan Kwadwo Kyeremateng have disobeyed the president’s directives to them to save the local poultry industry.

“After two months of a fruitful discussion with the president, we have not had the opportunity to meet these ministers who were instructed by the President to find a lasting solution to the numerous challenges confronting the Farmers,” he said.

Mr Nyantakyi was unhappy with the lukewarm attitude exhibited by the sector ministers and says if it continues this way all the Poultry firms will fold up since they are struggling to break even.

However, they want the minister to give them a bailout on the cost of Poultry feed.

Disclaimer: Comments by third parties do not in any way reflect the views of GARDJA. We, however, reserve the right to edit and/or delete any comment. [ Terms & Conditions ]