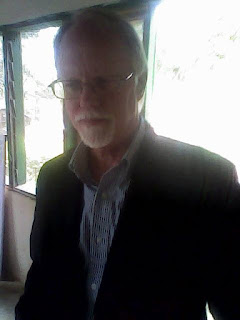 The president and CEO of ECHO Community International, Mr. David Erickson, has called for the need to scrap of fertilizer subsidies from all agricultural based programs in Ghana since it is costly and put pressure on the government.
According to him, anything subsidization is not sustainable, hence the need to adapt a new way of funding our farmers and improving their yields.
Subsidies is costly and affects the performance of government, ‘’anything that exists only because it’s been subsidies by definition is not sustainable’’ he emphasized.
Speaking to GARDJA in Kumasi, Mr. David stressed the need to unearth the knowledge base of farmers by utilizing them to boost food production in the country. ECHO community will on 9th to 12th February 2016 hold 2nd ECHO West African Networking Anglophone forum dubbed “Reducing Hunger, Improving lives, Worldwide”
He further lamented that, small scale farmers in the country should be resource to enable them maximize their yield to avert the concurrent poverty that hangs on them. Why all rural folks are poor despite the rich land and resources around them, he asked?

adb bank no longer serving the interest of farmers

Disclaimer: Comments by third parties do not in any way reflect the views of GARDJA. We, however, reserve the right to edit and/or delete any comment. [ Terms & Conditions ]